Lights, sushi, action! How to visit Japan in 10 days

From the illuminating chaos of Tokyo to the zen-filled mountains and exotic forests of Kyoto, Japan is one hell of a cultural ride! But with so much to see, how do you cover such as special country in a just a 10 day-span without having a FOMO (and bank balance) meltdown?! Worry not; seasoned traveller and photographer Christian Escobar is here to give us the lowdown for those with limited time and budget. Ready? Ikuzo! 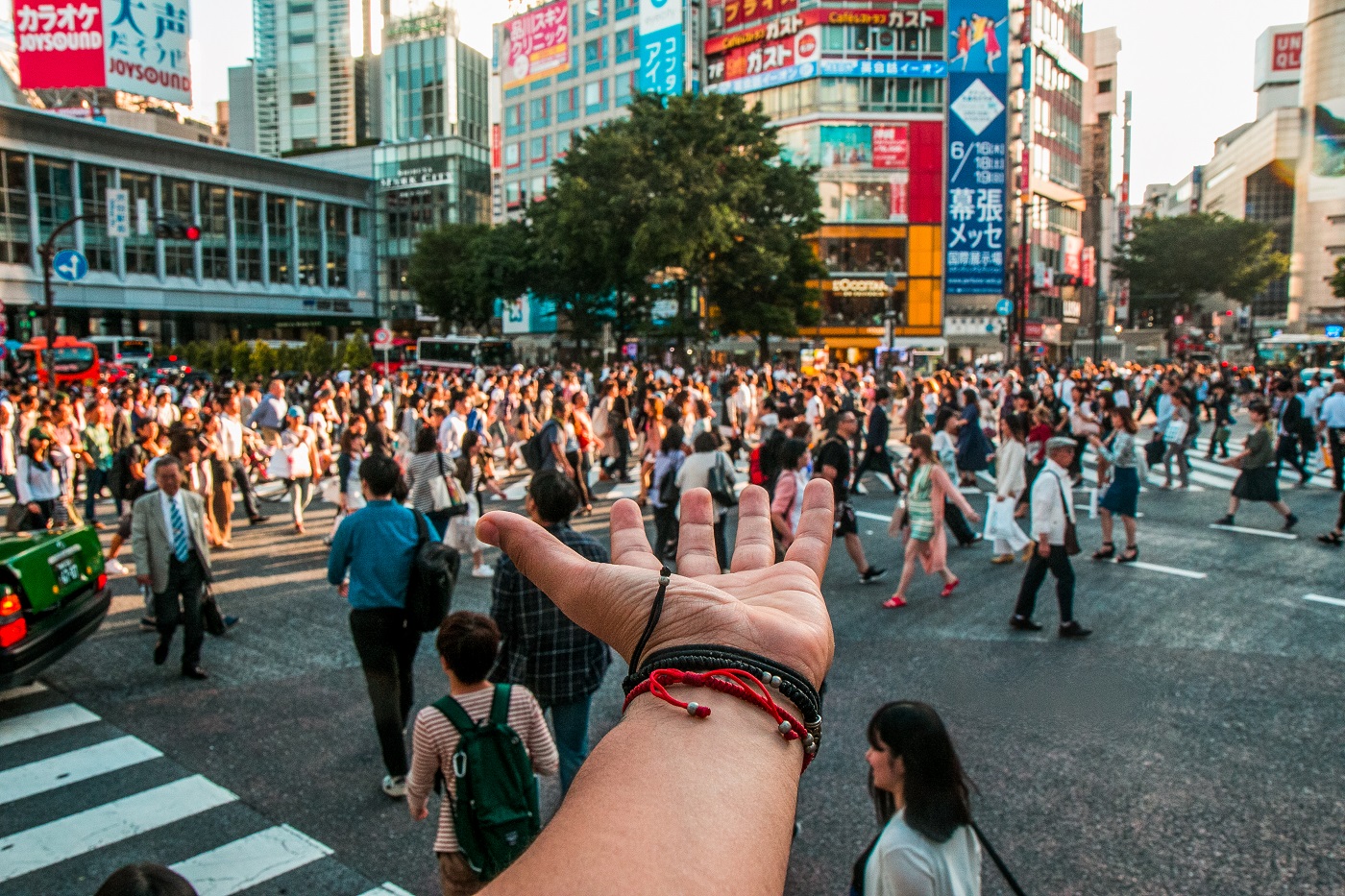 Normally I’m a spontaneous traveller, but when it comes to Japan, there has to be some element of planning! Tip numero uno? The Japan Rail Pass is essential if you’re hopping from place to place. Initially you might find the price is steep compared to transport in SE Asia. But make no mistake, it will work out a lot cheaper than buying individual train tickets to different cities. I highly recommend that the get this pass before your trip as they are not available to purchase once you get there. So you’ve got the ticket, let’s take the ride… 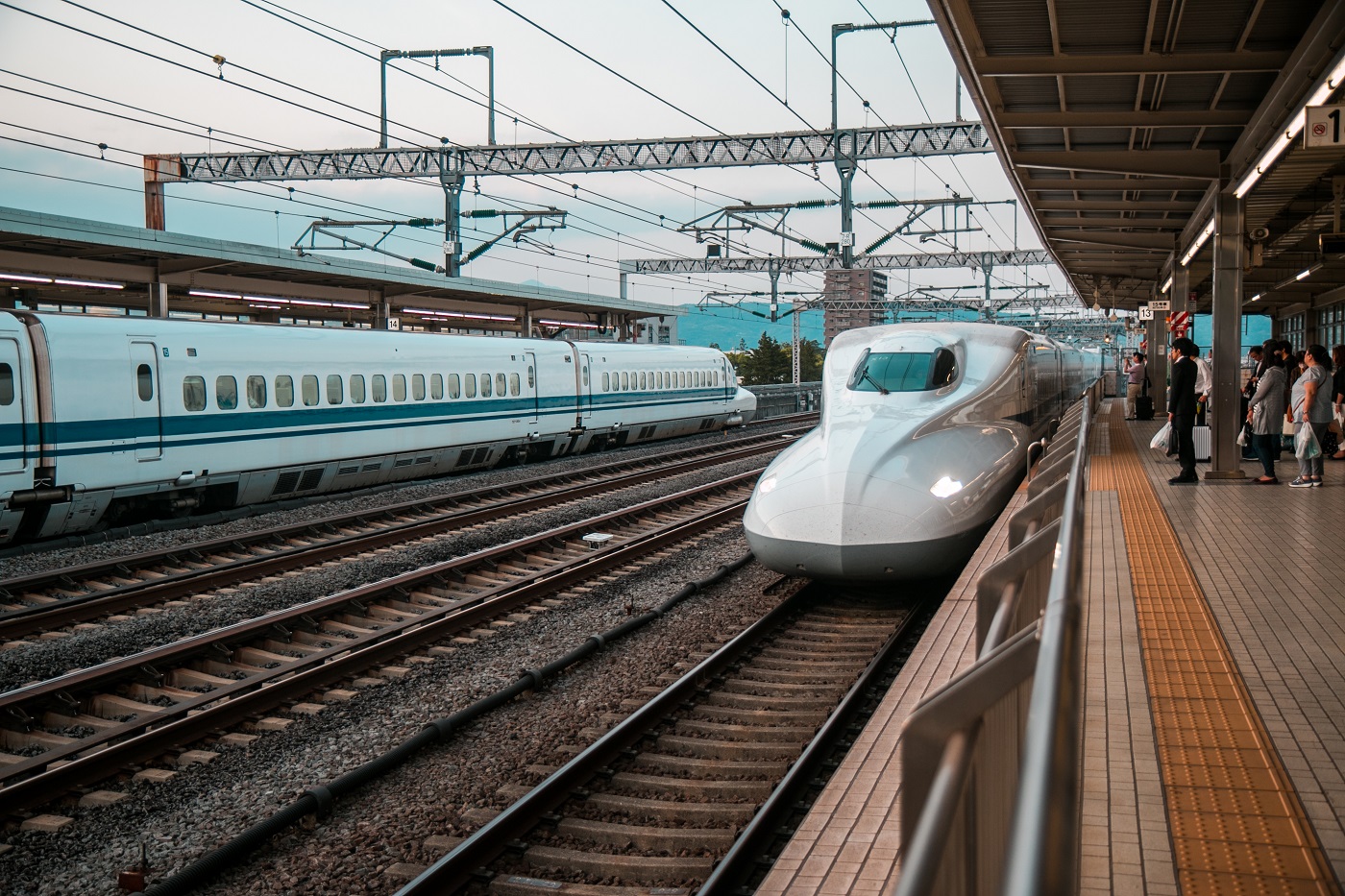 We began our adventure in Tokyo, where we dedicated 3 days of our trip before activating our 7 day JR passes. Tokyo is an extremely advanced, large city akin to a futuristic concrete jungle. Your eyes will be popping like a pinball machine with the variety of ultra-mod arcades, karaoke bars and downright WTF places such as the “Robot Restaurant” (eating dinner in front of a ballet performance  by 10-foot robots and queens of the galaxy? Sign us up IMMEDIATELY). On the flip-side, there are also hints of history and the old culture, with cobblestone streets and wooden shanty bars. Here are my highlights… 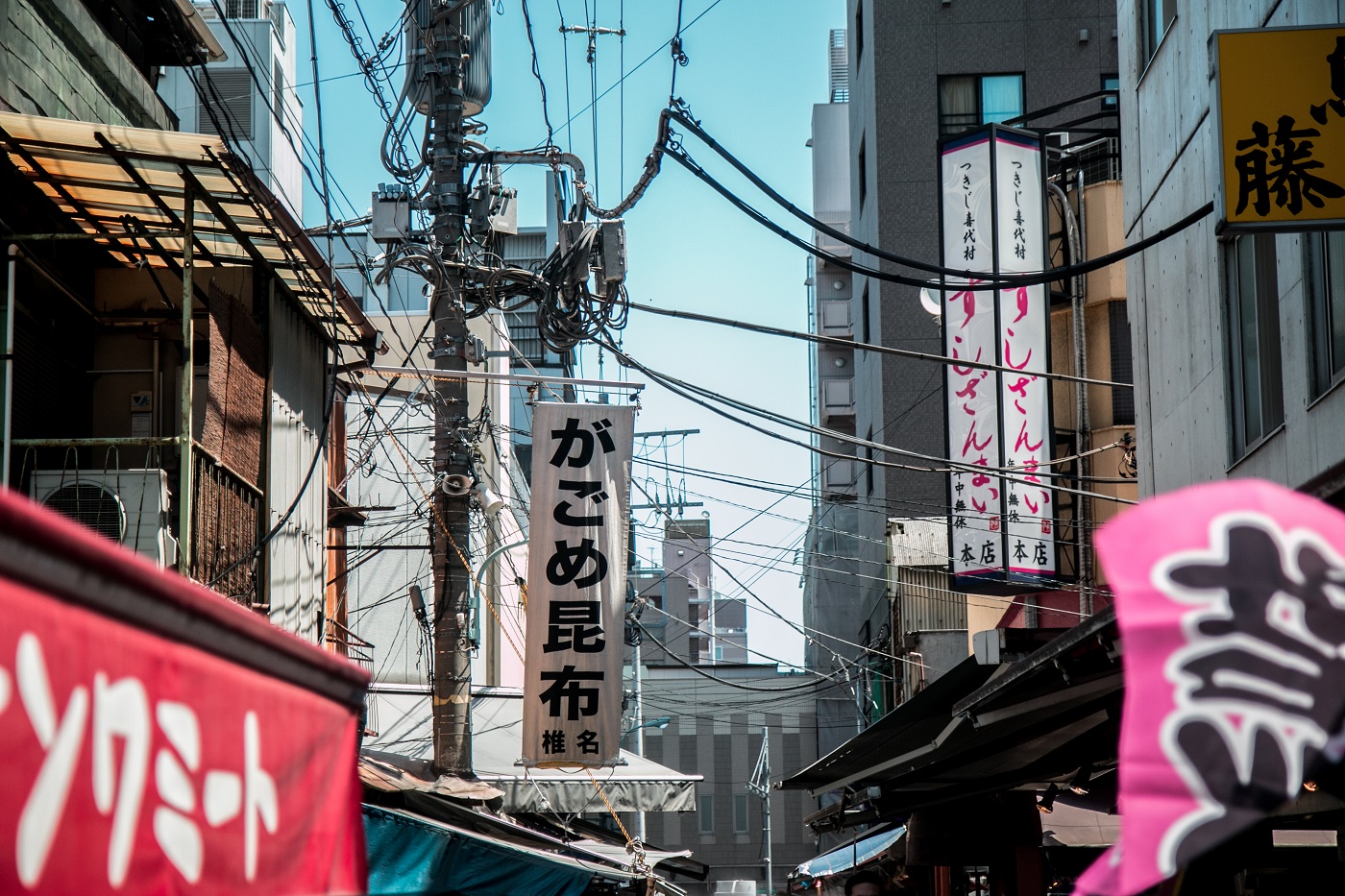 You can find anything from burger vending machines to ninja crash courses in Tokyo! Head to Ginza and Shinjuku for a high end vibe, and Shibuya and Harajuku to see the Kawaii Boys and Harijuku Girls rock their catwalk (aka the street). The Pokémon Center is solely dedicated to worshippers of the classic anime series, which I highly recommend for your Poké fix. Pokemuggles are also welcome 🙂 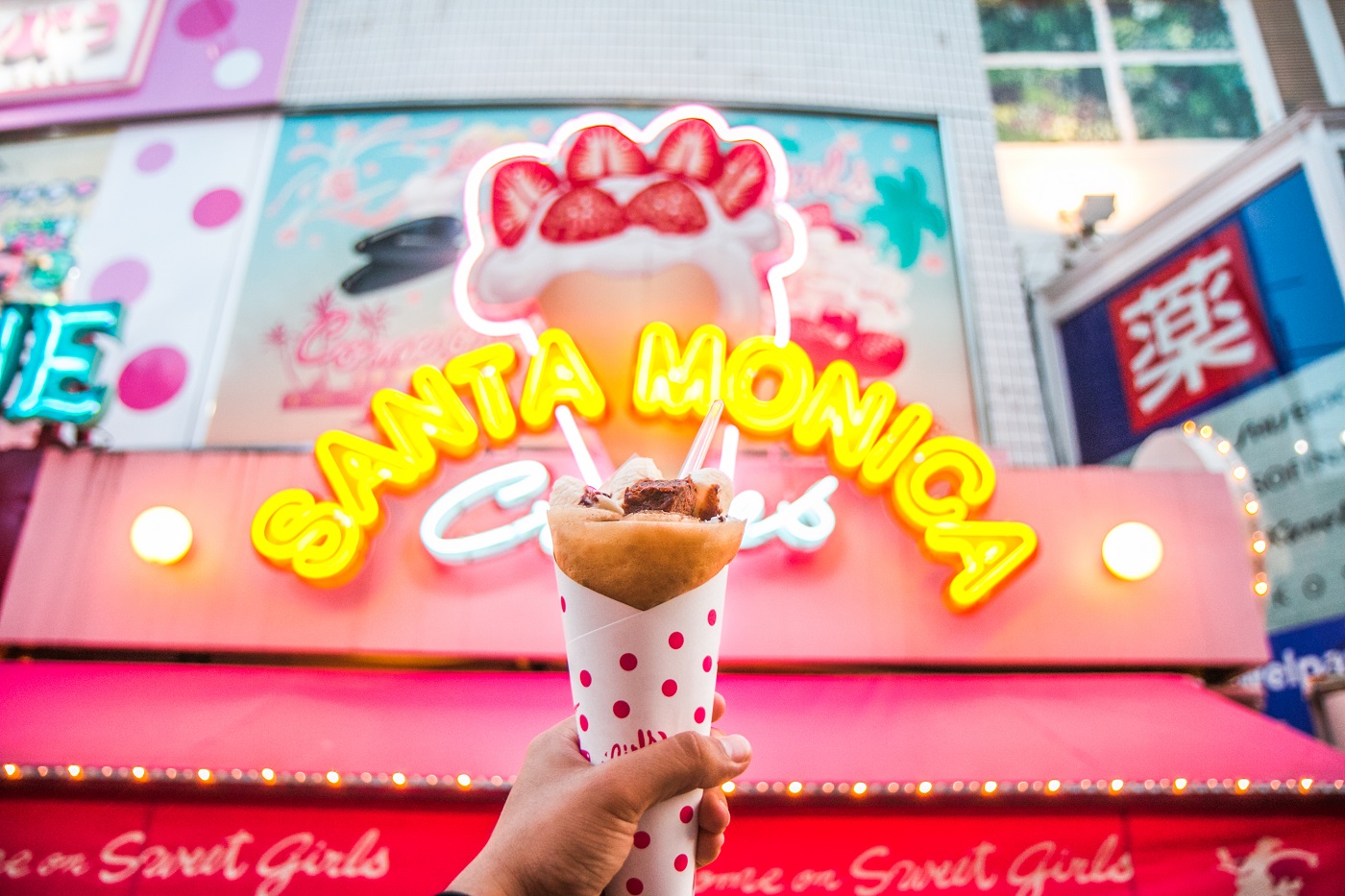 Also known as Memory lane, Piss Alley was once a dingy destination to get smashed after the 2nd world war. There were no fancy toilets back in them days, so people would get their toilet on anywhere their beer goggles took them! Nowadays this hidden part of town in the side streets of Shinjuku is overflowing with olde worlde ramshackle bars and cheap eateries. It’s best not to plan; just follow the crowds to find your perfect Yakitori… 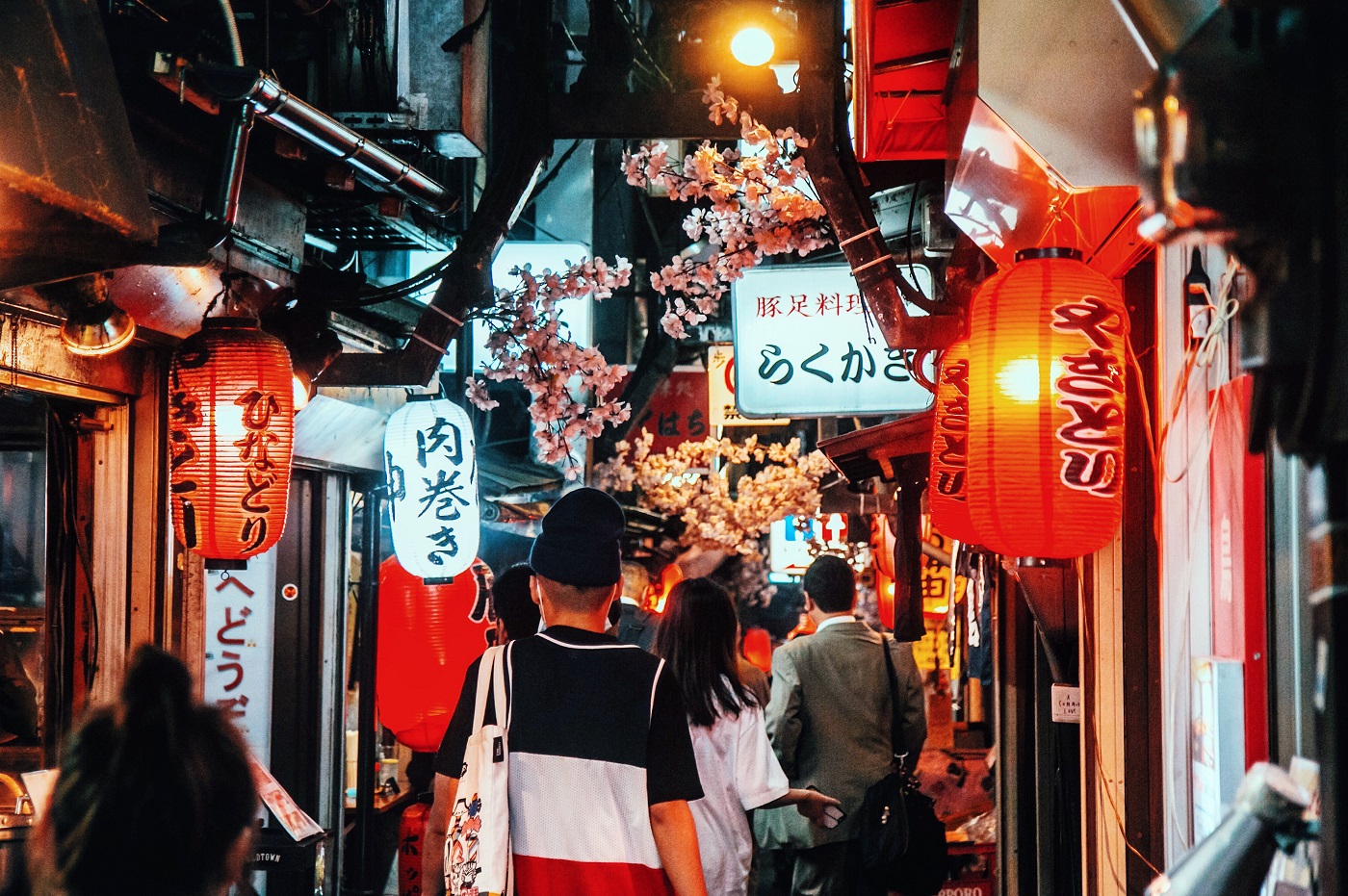 Just a minute’s walk from Harajuku Station, Meji Jingu is the Tokyo’s most famous Shinto shrine. It was built in tribute to the 19th century emperor of Japan and as you walk towards the heart of the shrine you will encounter a wall full of sake barrels. These barrels are offered every year to the enshrined deities at Meiji Jingu Shrine and are used in ceremonies and festivals. Meiji is less busy than Senso-ji, however you might want to take a gander on Sunday mornings – you might catch a glimpse of a traditional wedding through the courtyard. 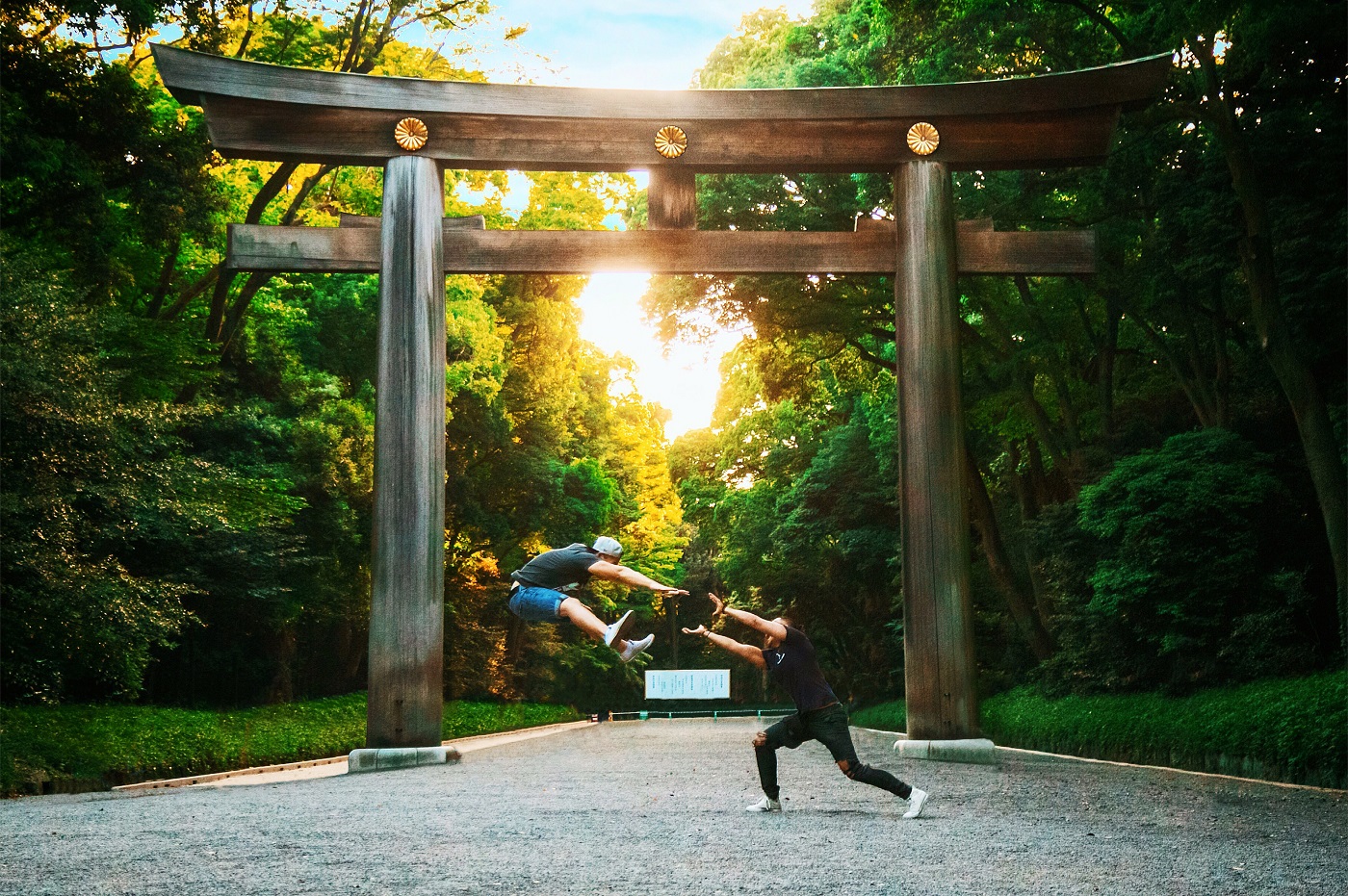 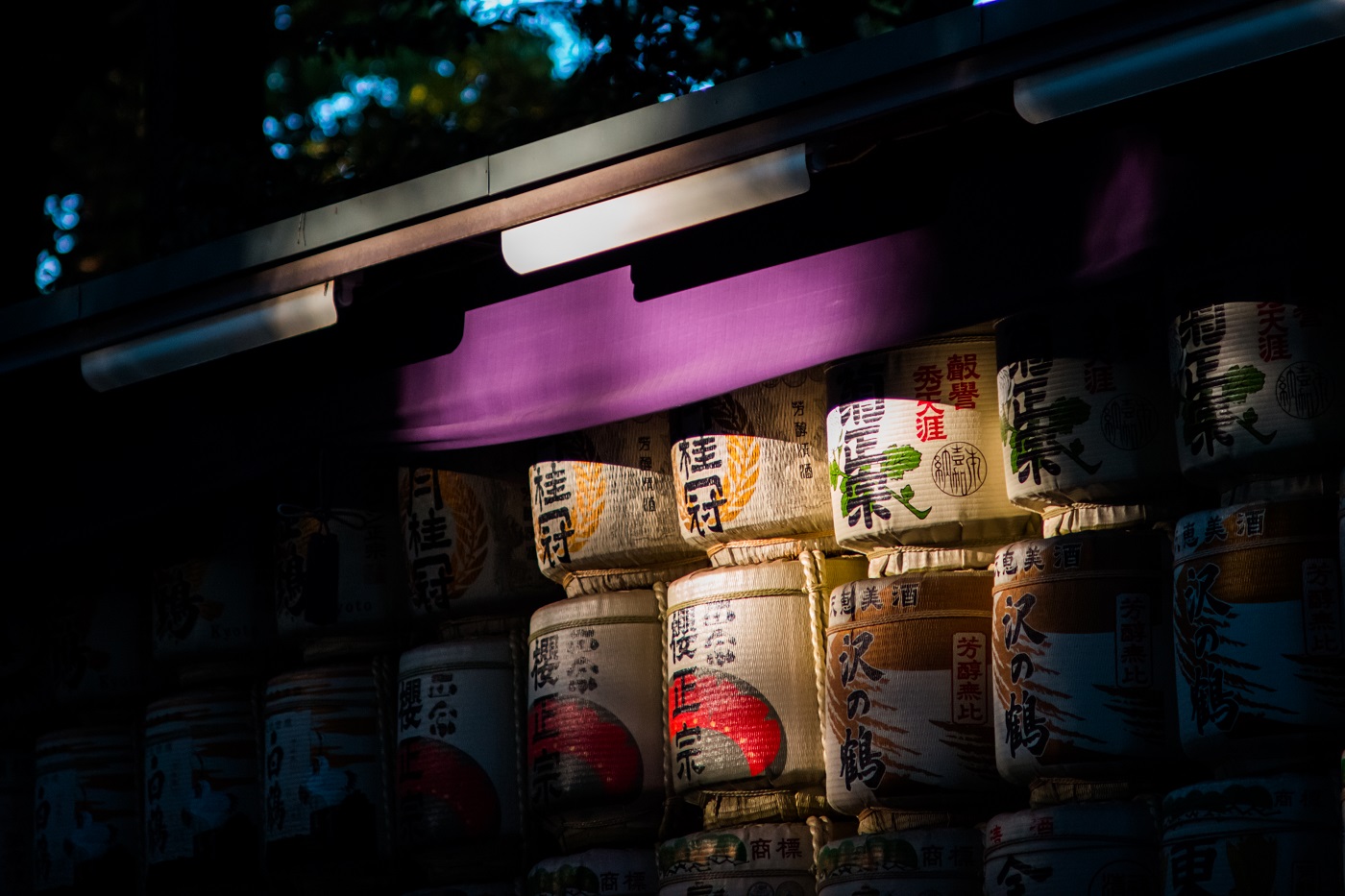 You might recognise this gem from Clean Bandit’s video for their song “Rather Be”.  Basically, this joint has the freshest food in the biz. The fish is bought in the morning auction by the small local restaurants, who then take it away and prepare the best quality sushi you’ll ever taste. You will also find small stalls that specialise in the crafting of knifes that are essential to Japanese cuisine. 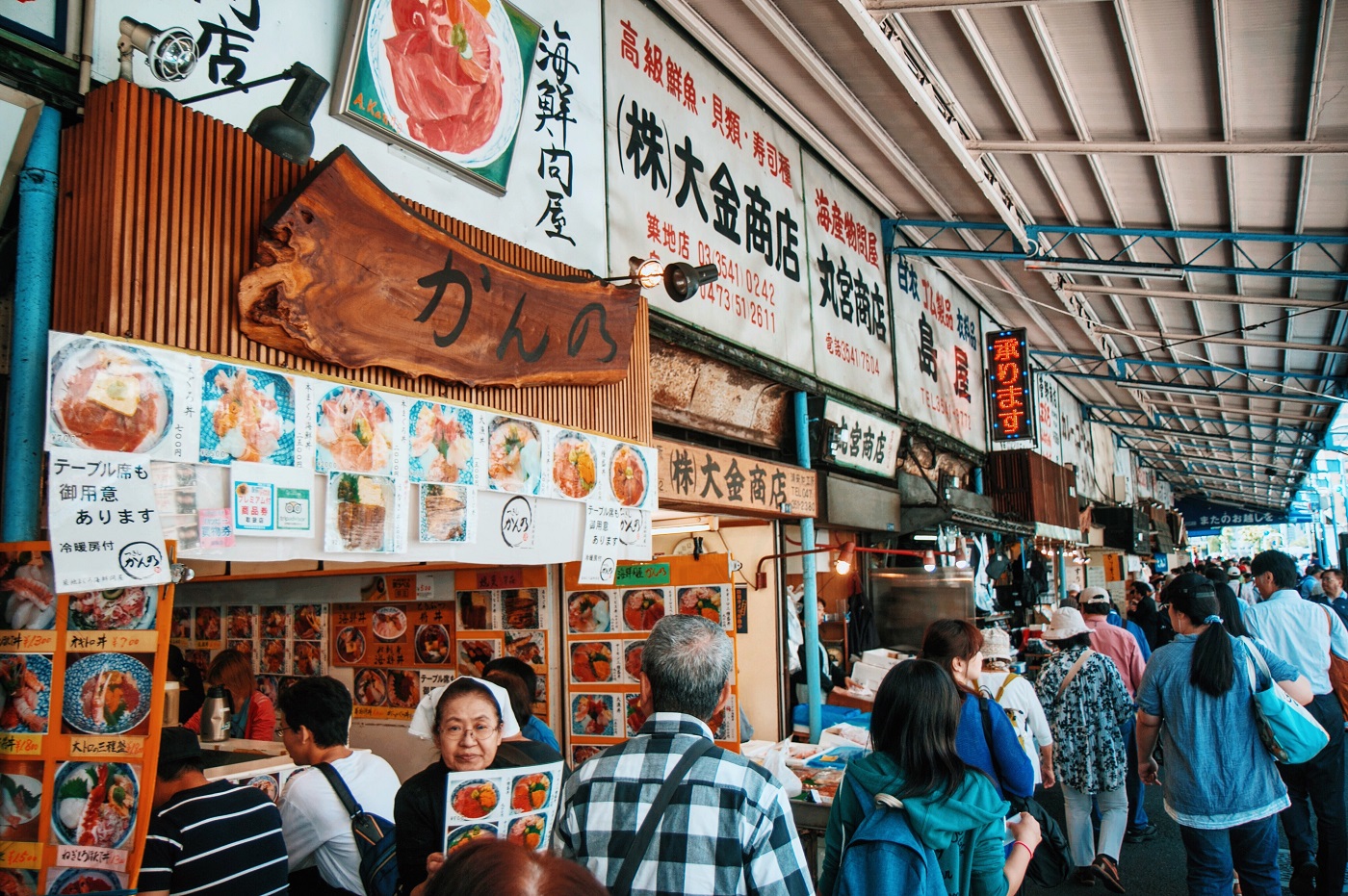 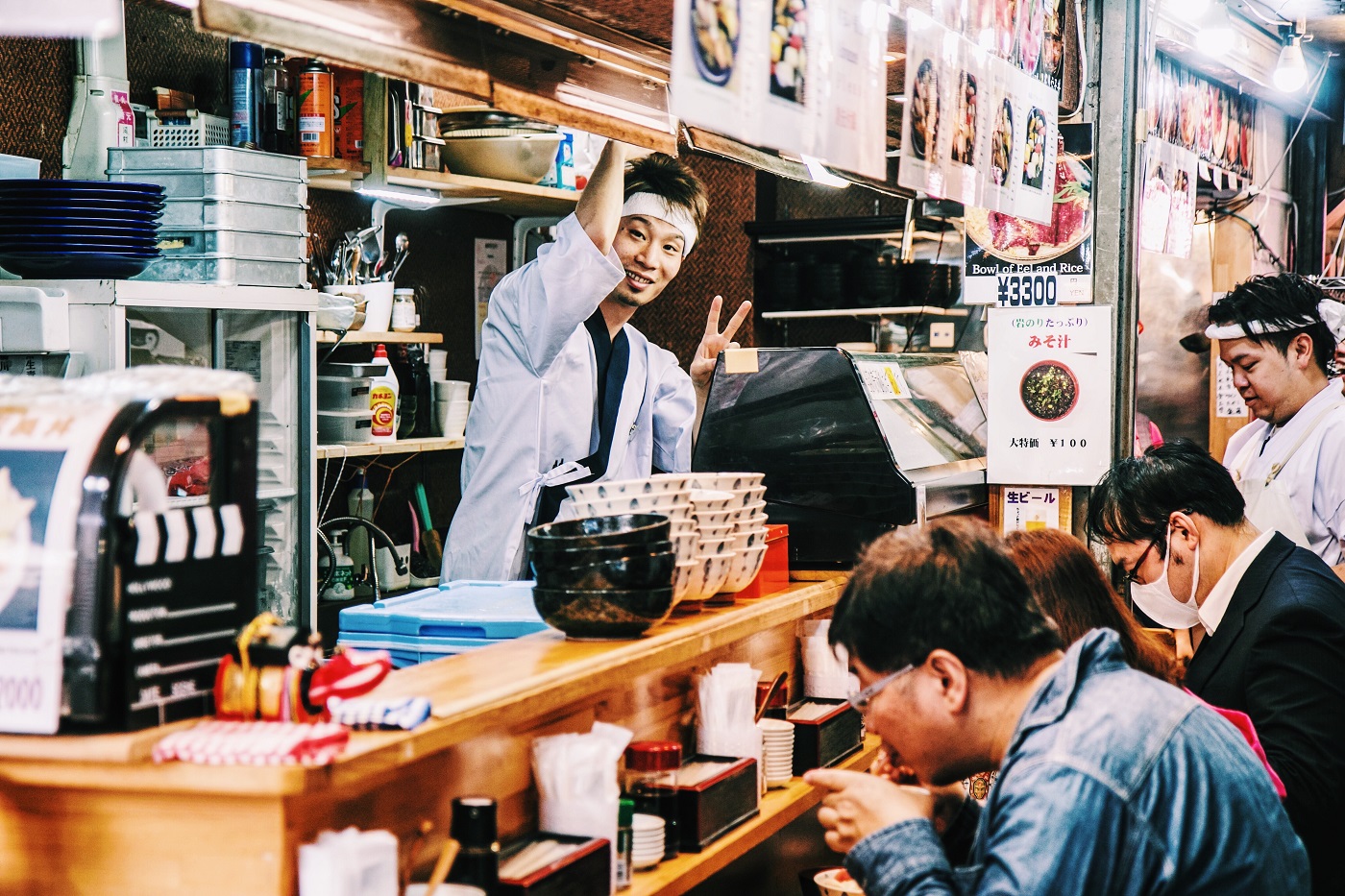 The Tokyo equivalent of Central Park/Hyde Park, where city dwellers come to picnic and walk their rhinestone-clad chihuahuas. On the mellow side, there are fountains, mini temples and peaceful green areas where you can stroll and think about the meaning of life… 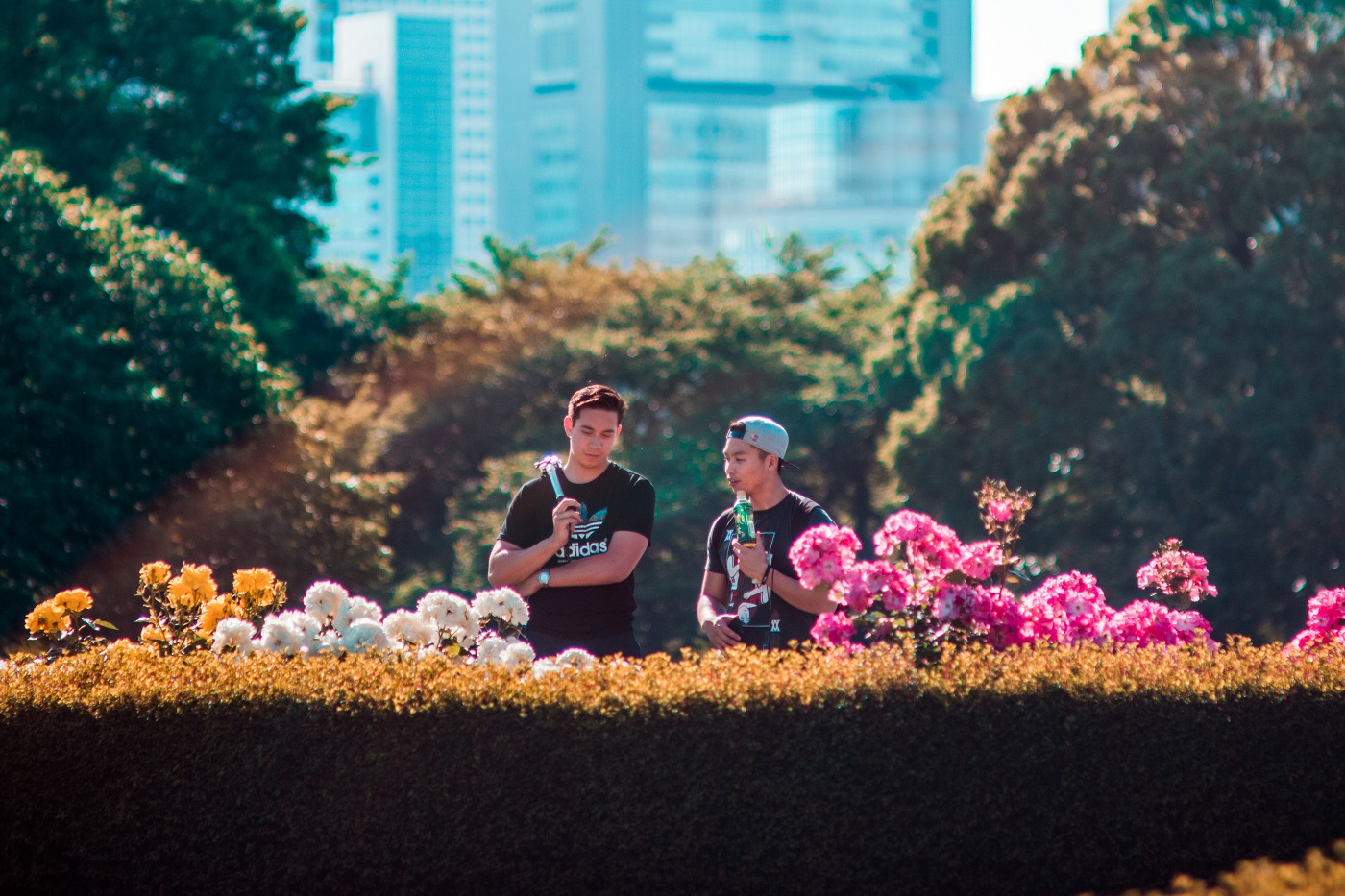 Where to Stay? Emblem Hostel is a little far from the city (closer to Narita airport) but one of the best hostels I’ve stayed in. It definitely looks and acts more like a hotel but with a hostel undertone. On The Marks is  another favourite – it’s insanely clean, there is a large area to chill in and a restaurant with incredible food. It’s also close to Haneda Airport.

Experience maximum serenity in Hakone, the perfect crash pad after the craziness of Tokyo. The mountain scenes are begging to be hiked and the iconic Mt Fuji is yours for the taking. Top tip – check the weather before you reach Hakone! We didn’t, and completely missed the chance to see the great mountain as it was too foggy. No matter, Lake Ashinoko makes up for it with its cinematic mountains and pirate ships (legit). 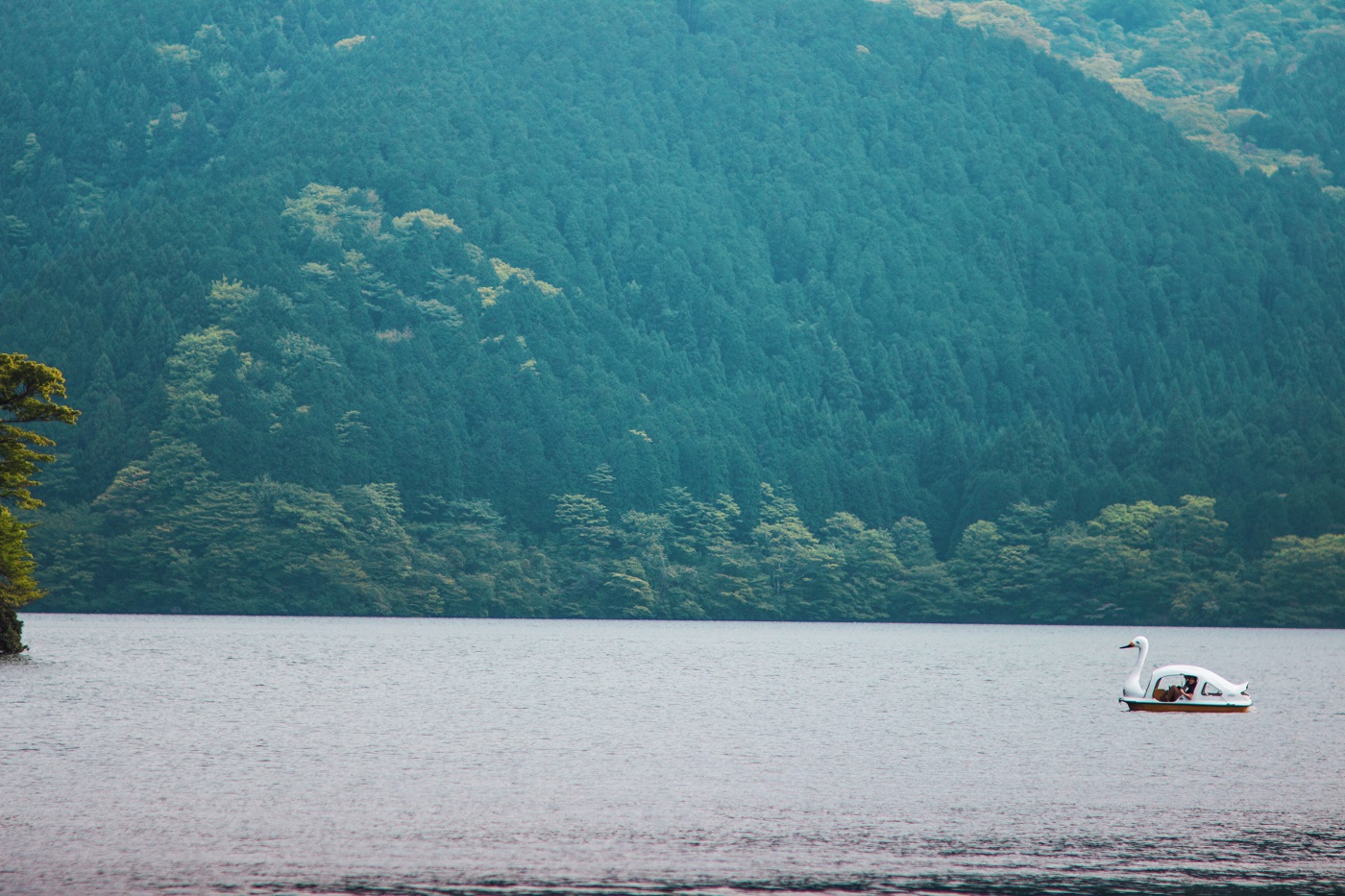 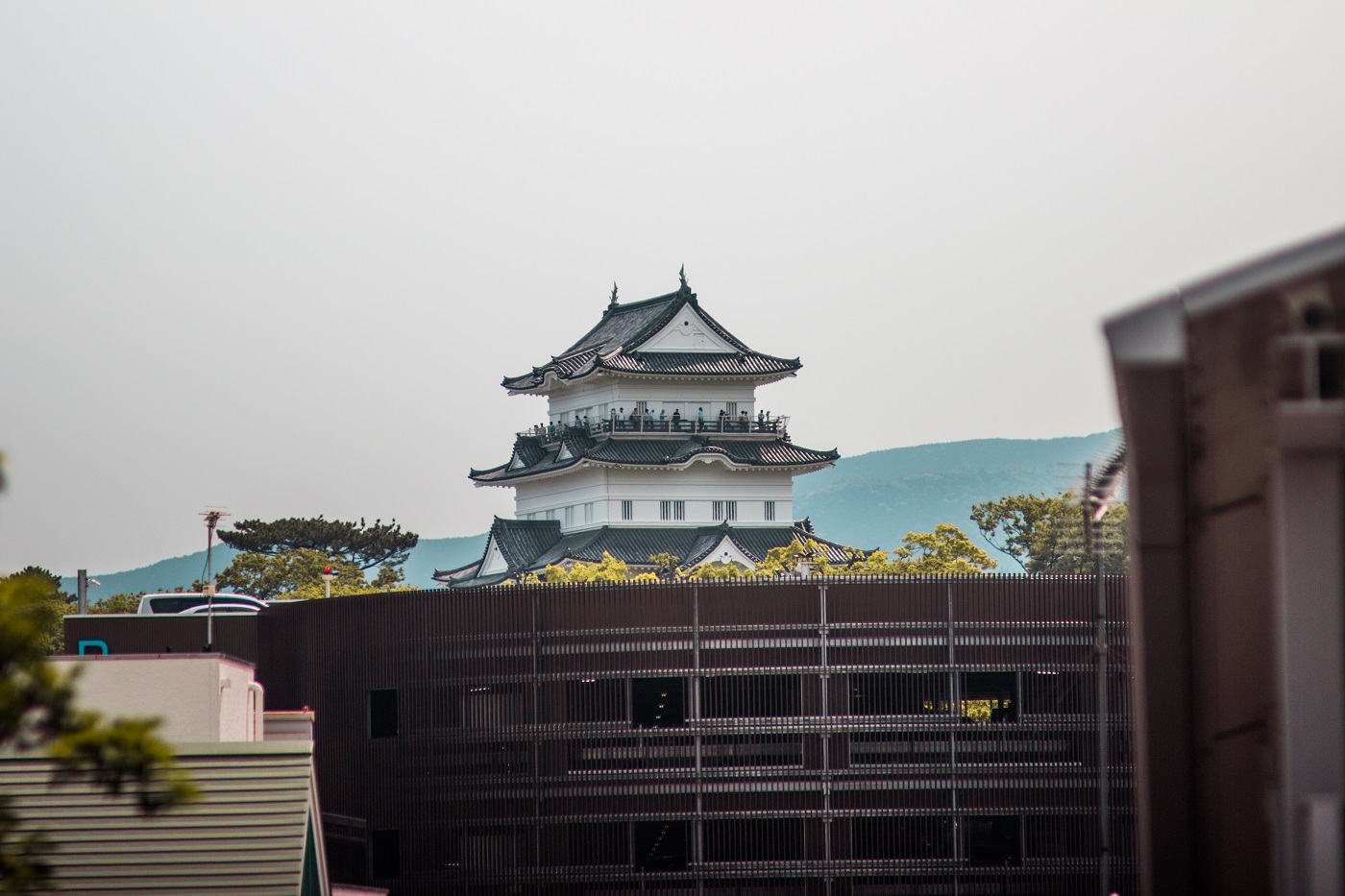 If you’re a fan of spas, then Hakone is the place to be. The area is surrounded by onsens (traditional Japanese hot springs) where you can breathe in the sulphuric scents and zone out.

In my eyes, Kyoto should be the capital of Japan. It has a modern city feel but the people, architecture and food are reminiscent of traditional Japanese culture. In Kyoto there are 100 apprentice Geisha and locals doing their weekly shop in traditional Kimonos, and narrow alleyways with intimate restaurants. Public transport works in the same way as Tokyo, so it’s pretty easy to get around once you get the hang of Japan’s underground system. We spent four days here and these were our MUSTs… 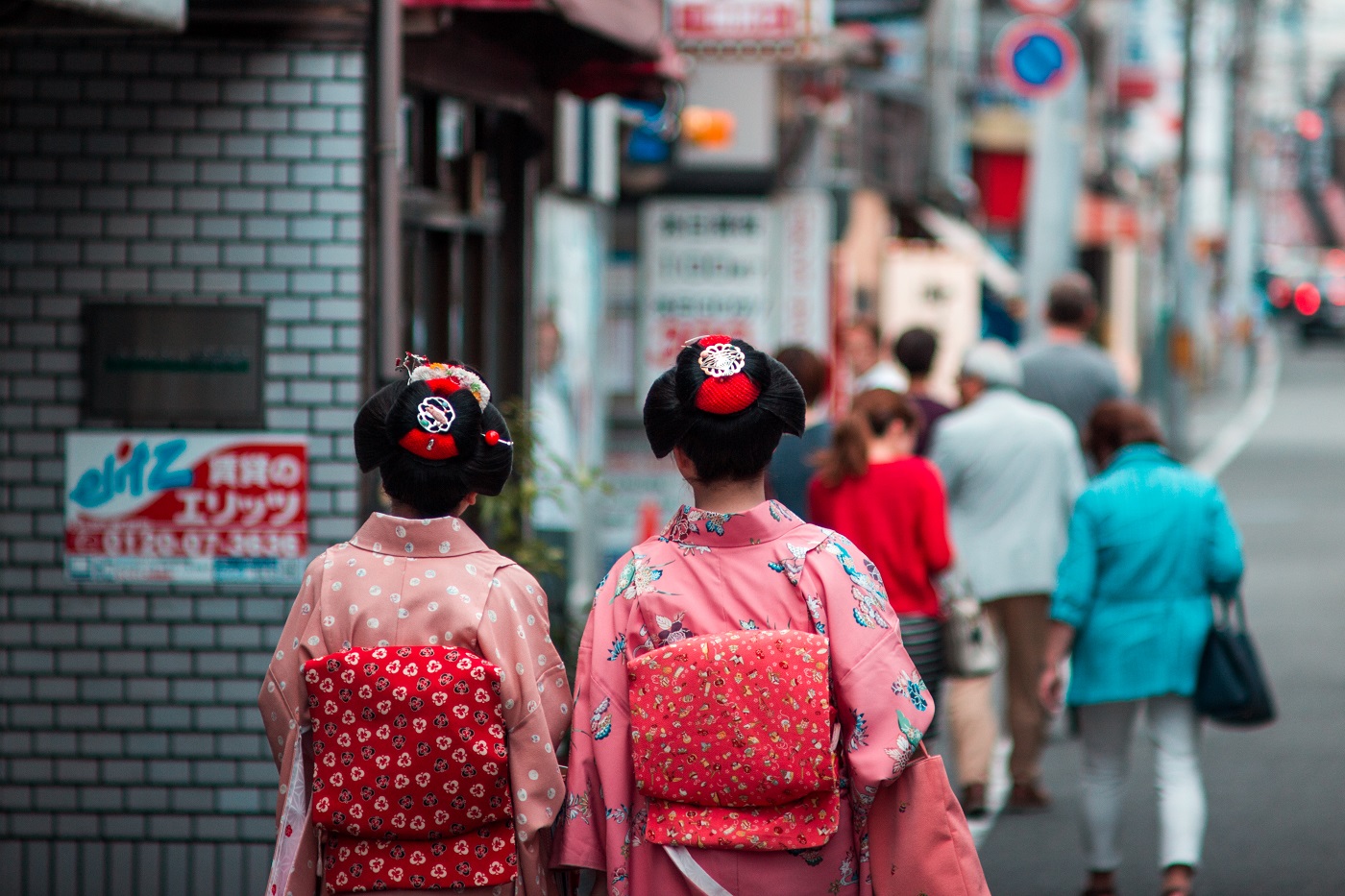 Let me start by mentioning the sheer size of this place! Walk through the prestigious gates of this World Heritage Site and you’ll be wowed by a castle that extends as far as the eye can see. Surrounding the castle are beautiful gardens, peaceful streams, and fragrant groves of cherry and plum trees. It also makes for a good historical swot-up, as it was once the crib of one of Japan’s most powerful Shoguns, Tokugawa Ieyasu. 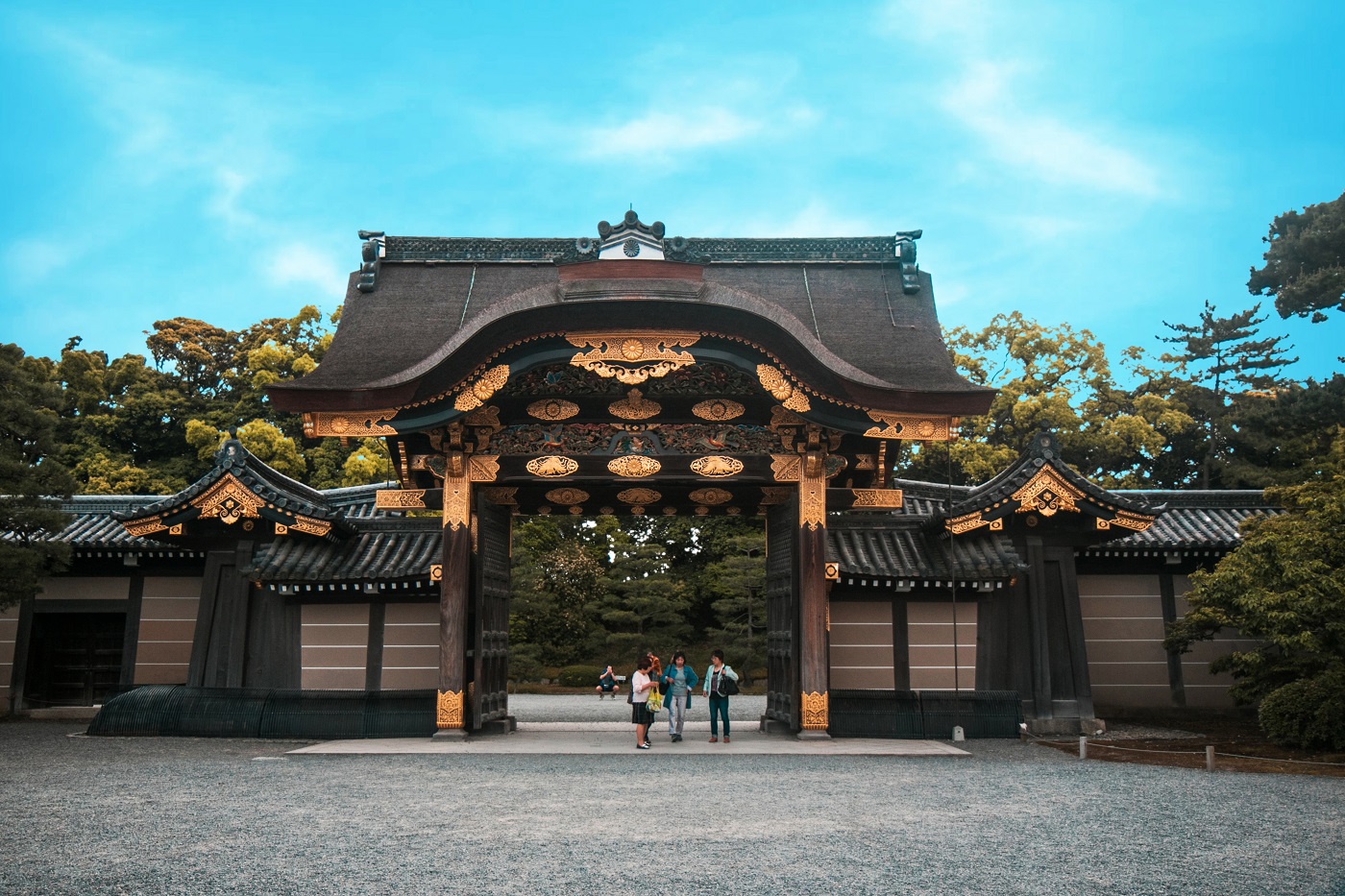 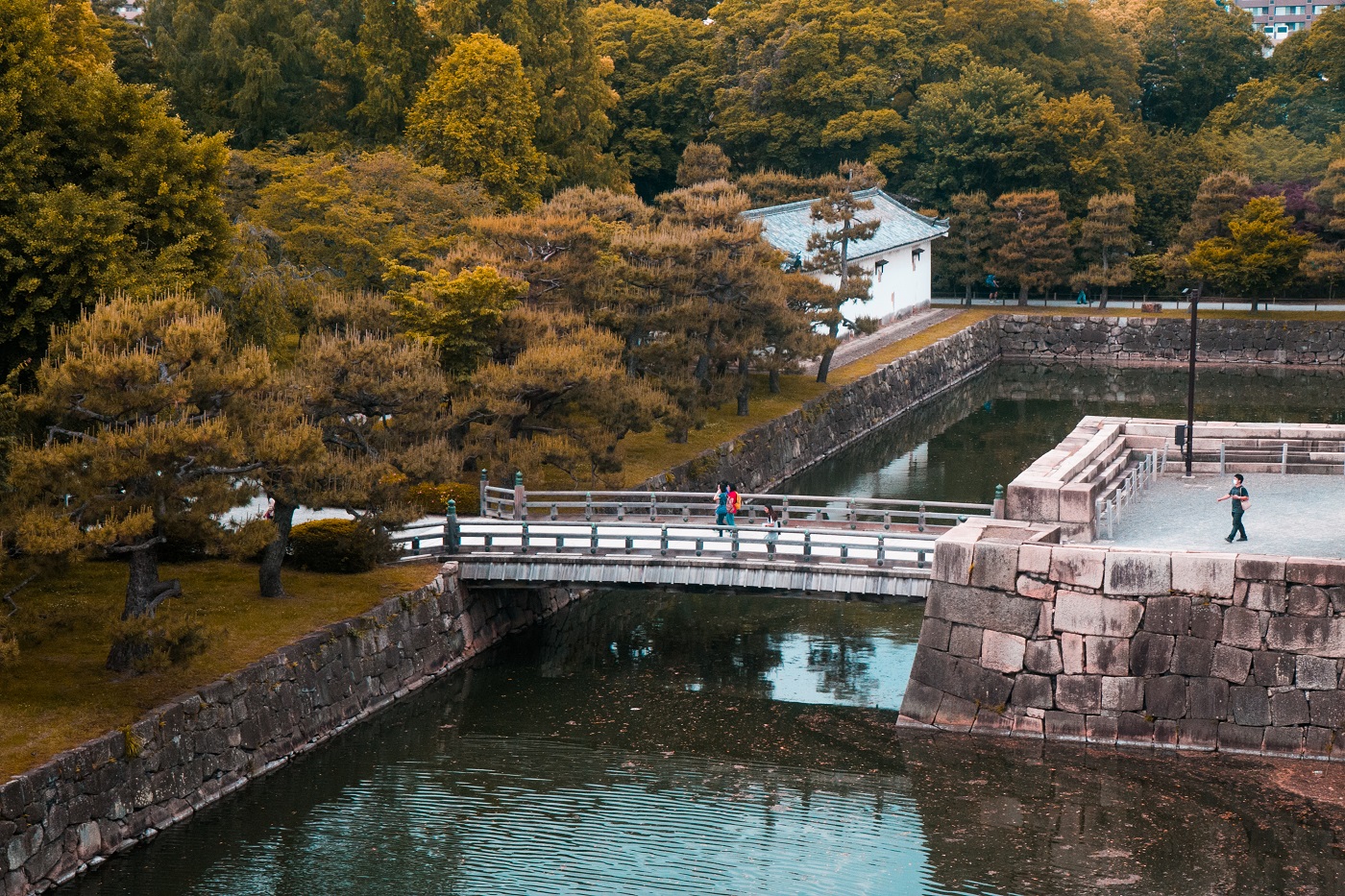 Possibly the second most iconic place to visit in Japan, travel photography and Instagram fiends will be in their element here! In my opinion, these shrines are the most beautiful thing you’ll find in Japan, and it’s free to see. 10,000 Torii gates spread over a mountain in south-east Kyoto, which makes for a fascinating hike. 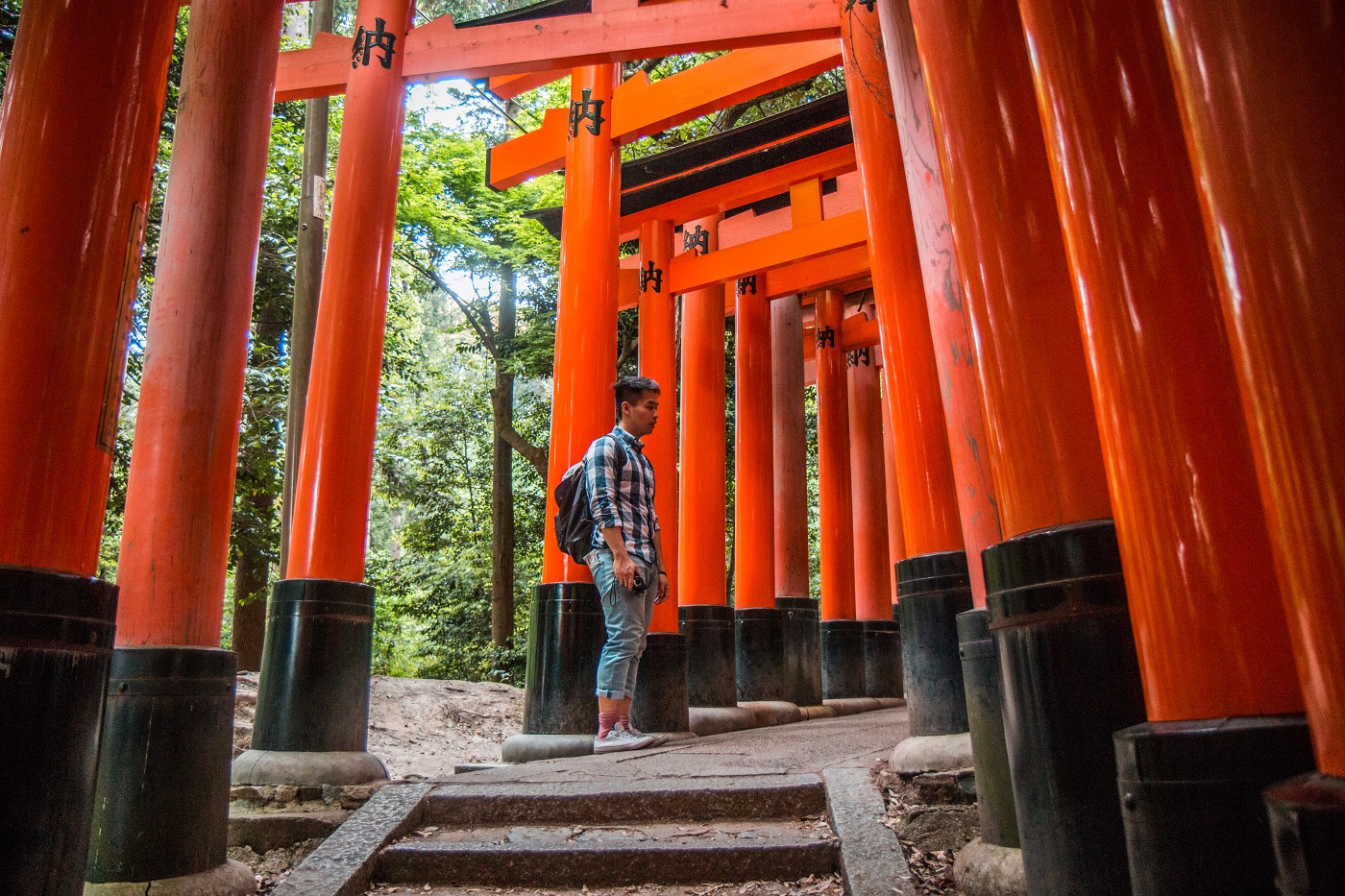 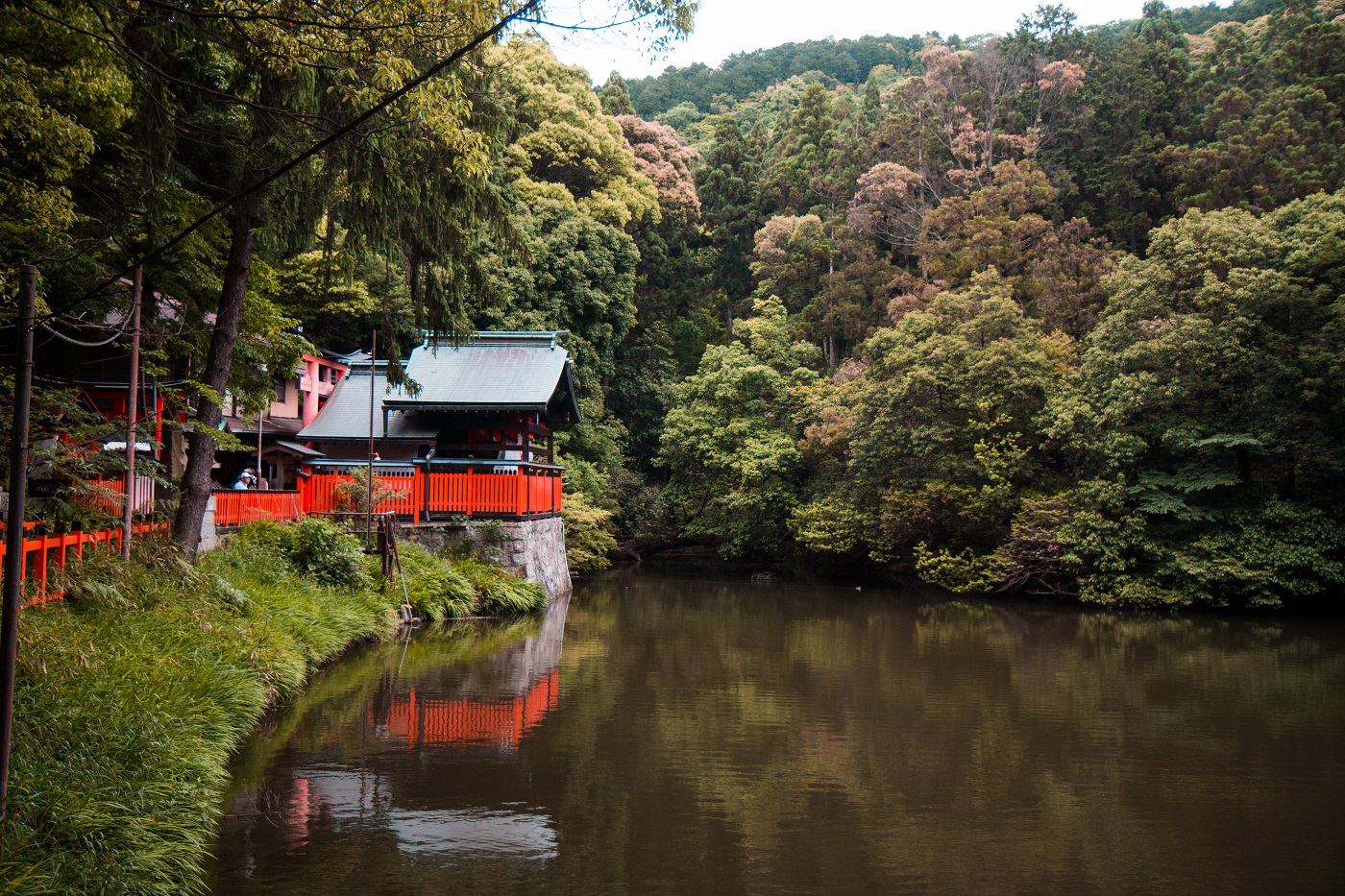 If you’re strapped for time, I recommend you do both the Bamboo Forest and Nara in one day. The forest does not disappoint with its zen-like atmosphere and thick, engulfing greenery. The magical light makes it one of the most photographed places in the world, but no insta pic can capture the atmosphere of this earthly wonder. 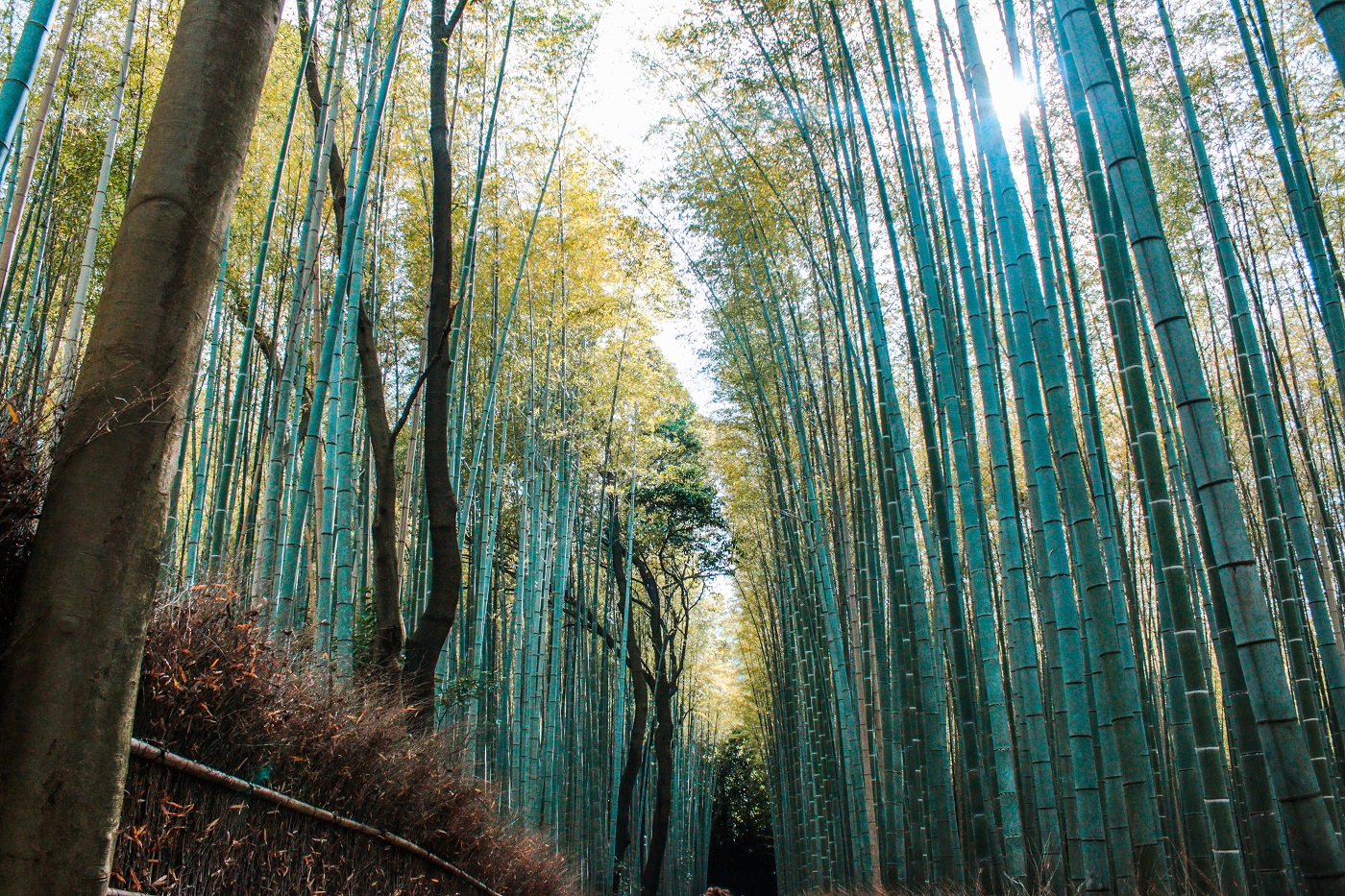 Where to stay? K’s House felt more like the traditional hostels you get in South East Asia. There were a lot of backpackers and a large communal area for everybody to chat and play games 🙂

With deer running wild all over the shop, Nara is THE place to get your wildlife on! Nara’s Todaji Temple is just a short walk from Nara Park and an absolute MUST. It is a temple of Kegon sect of Buddhism, and we were blown away by how immense it was – the entrance alone is enormous! Inside you’ll find a lot of Buddhist ornaments and Japan’s largest Buddha statue. Legend has it that 2,600,000 people helped construct this 30 metre, 250 ton bronzed, badass dude! 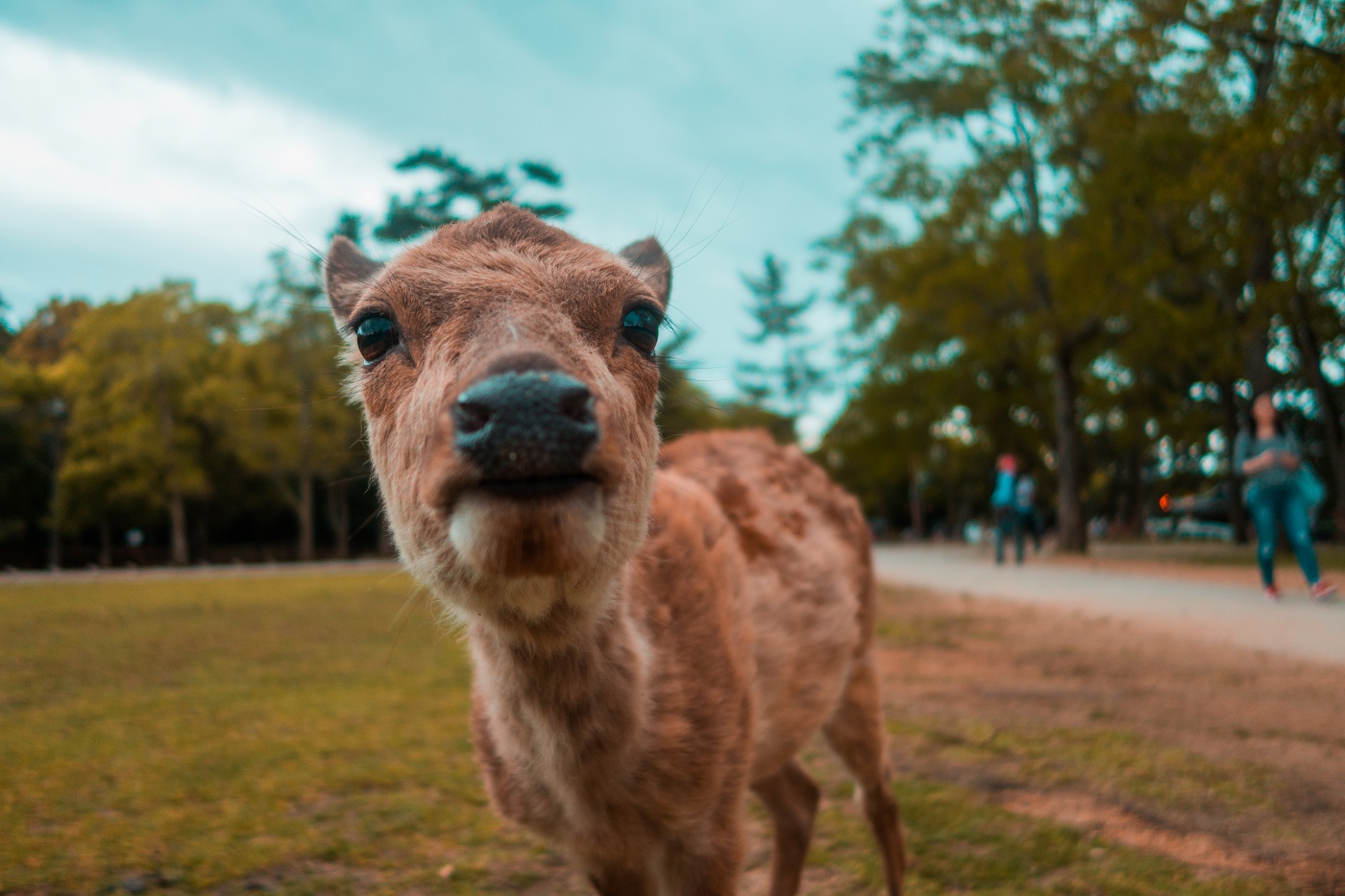 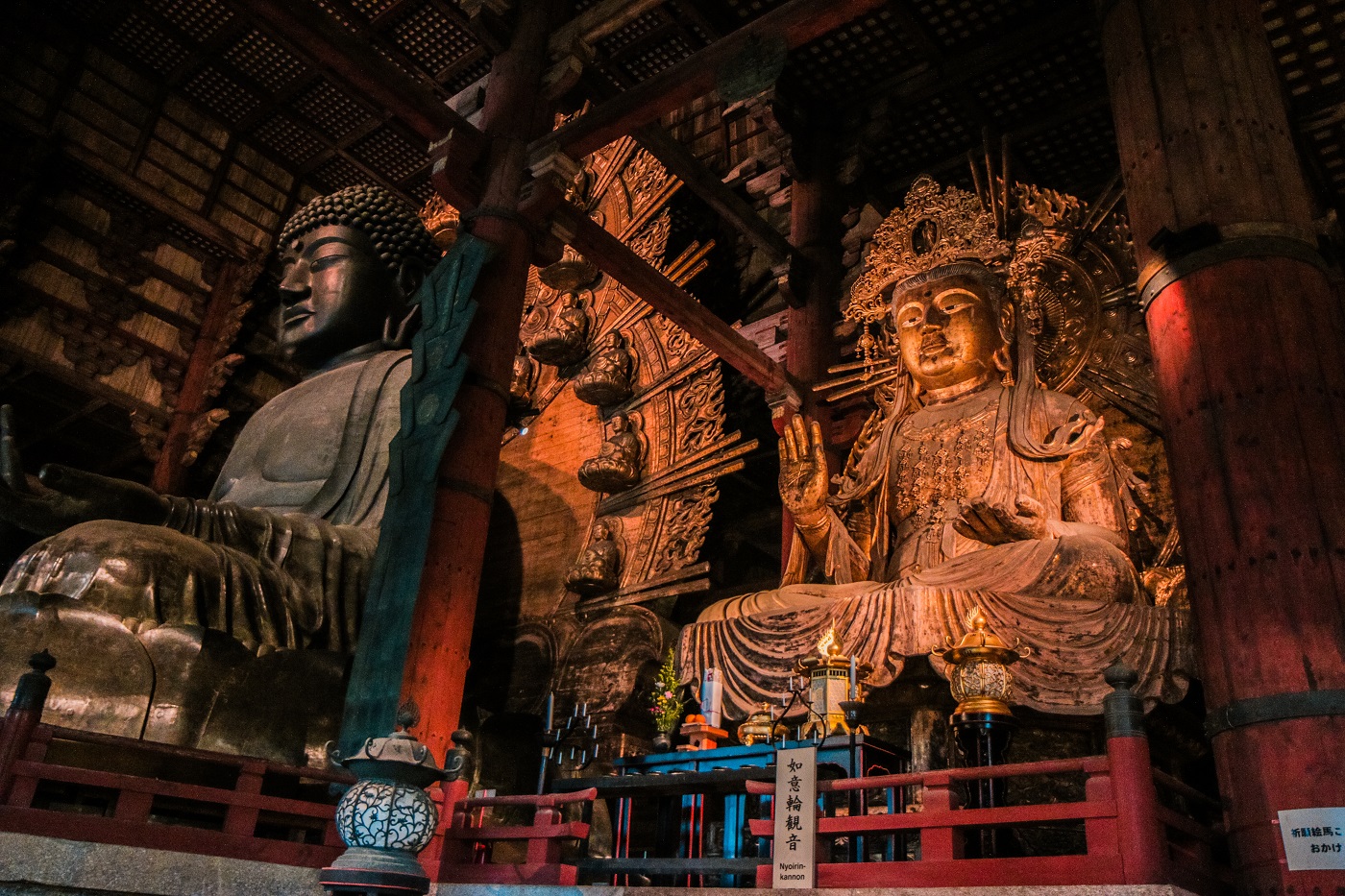 After soaking up the nature in Kyoto, we hopped on a train down south for a dose of Tokyo-like madness! Osaka is renowned for its nightlife and food (their motto is “kuidaore” – eat ’til you drop!) and the 3D neon streetscapes are a wonder in themselves. There are pinball parlours, sumo tournaments and a helluva lot of sushi on this side of town! 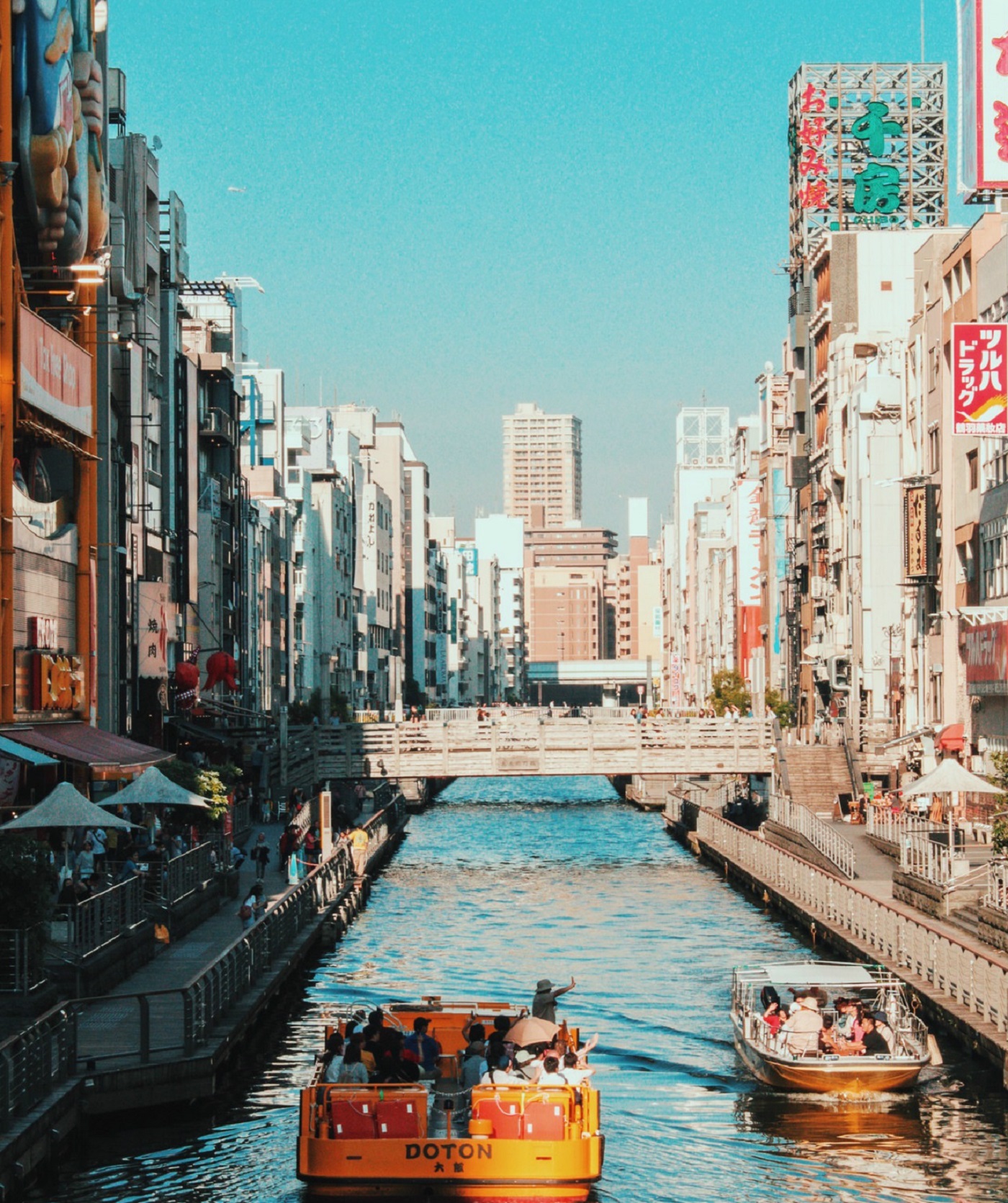 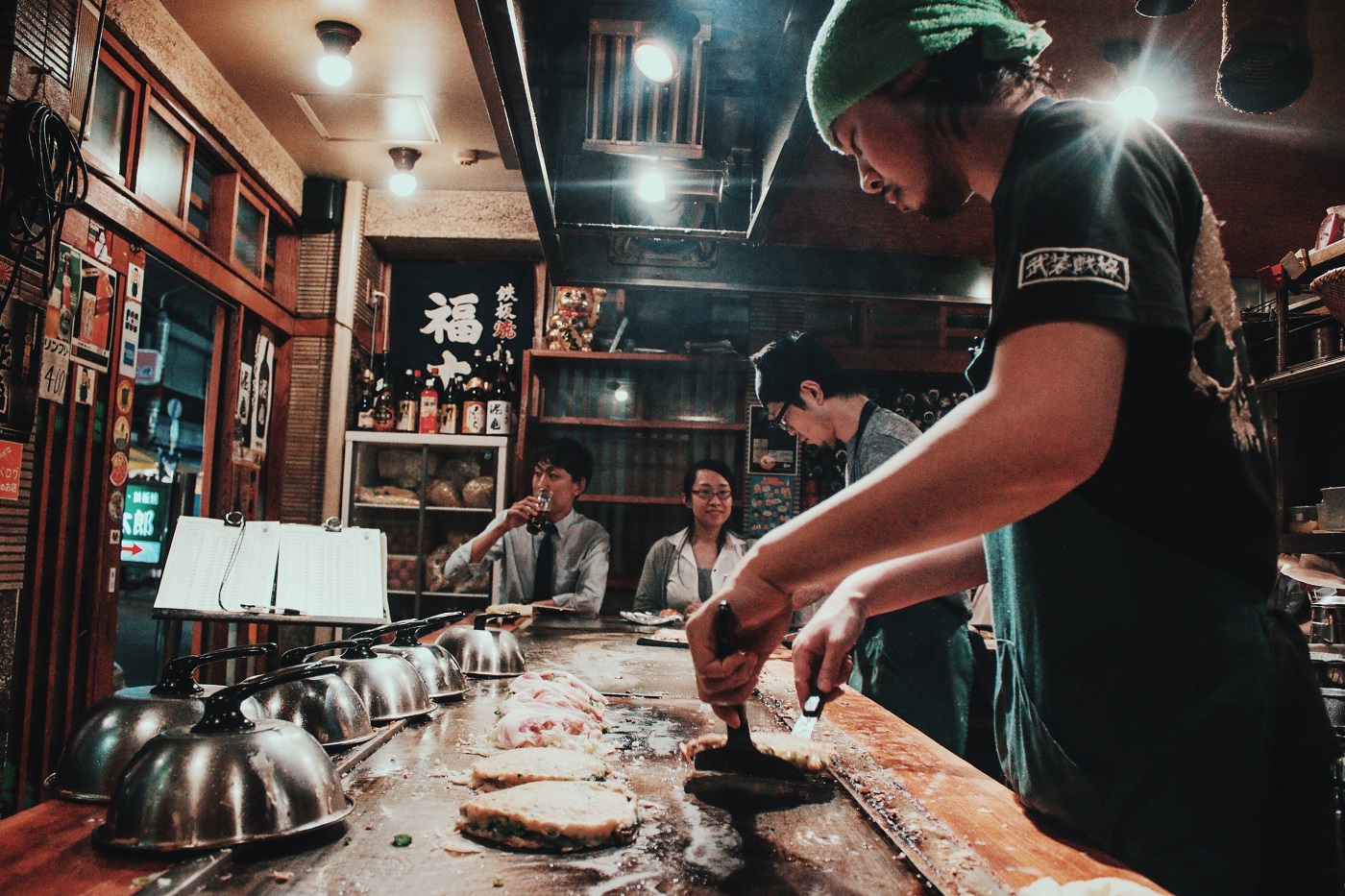 On our last day we decided to make a random stop-over at Nagoya on the way back to Tokyo. The birthplace of Toyota and pachinko, it’s considered the industrial centre of Japan. Some even prefer it to Tokyo, with it being cheaper, less crowded and less touristy. The transport here is top notch, and there’s plenty of cultural  shiz on offer such as the dream-like Nagoya Castle,  Oasis 21 and Nagoya’s signature dish, Unagi (freshwater eel). 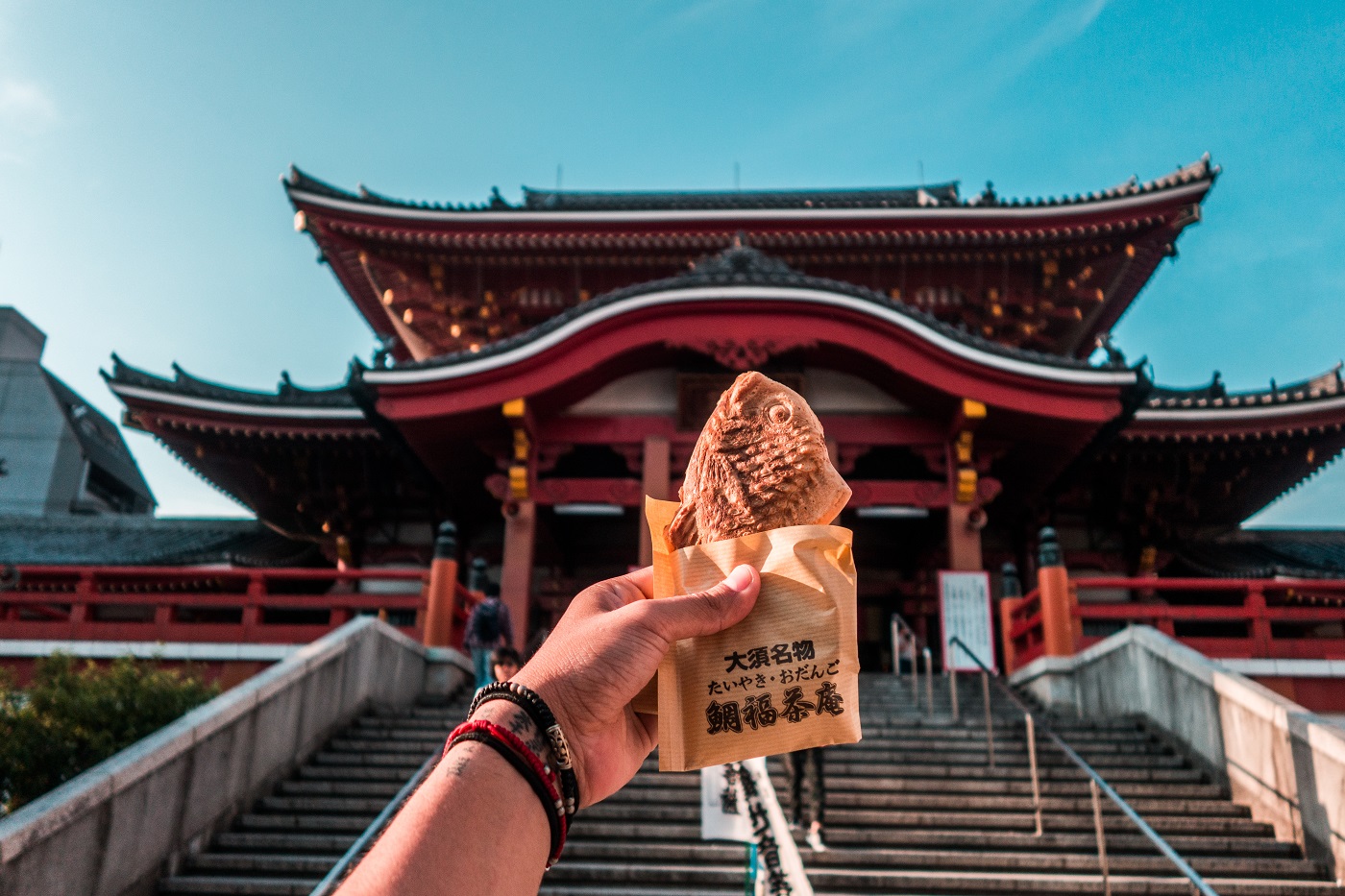 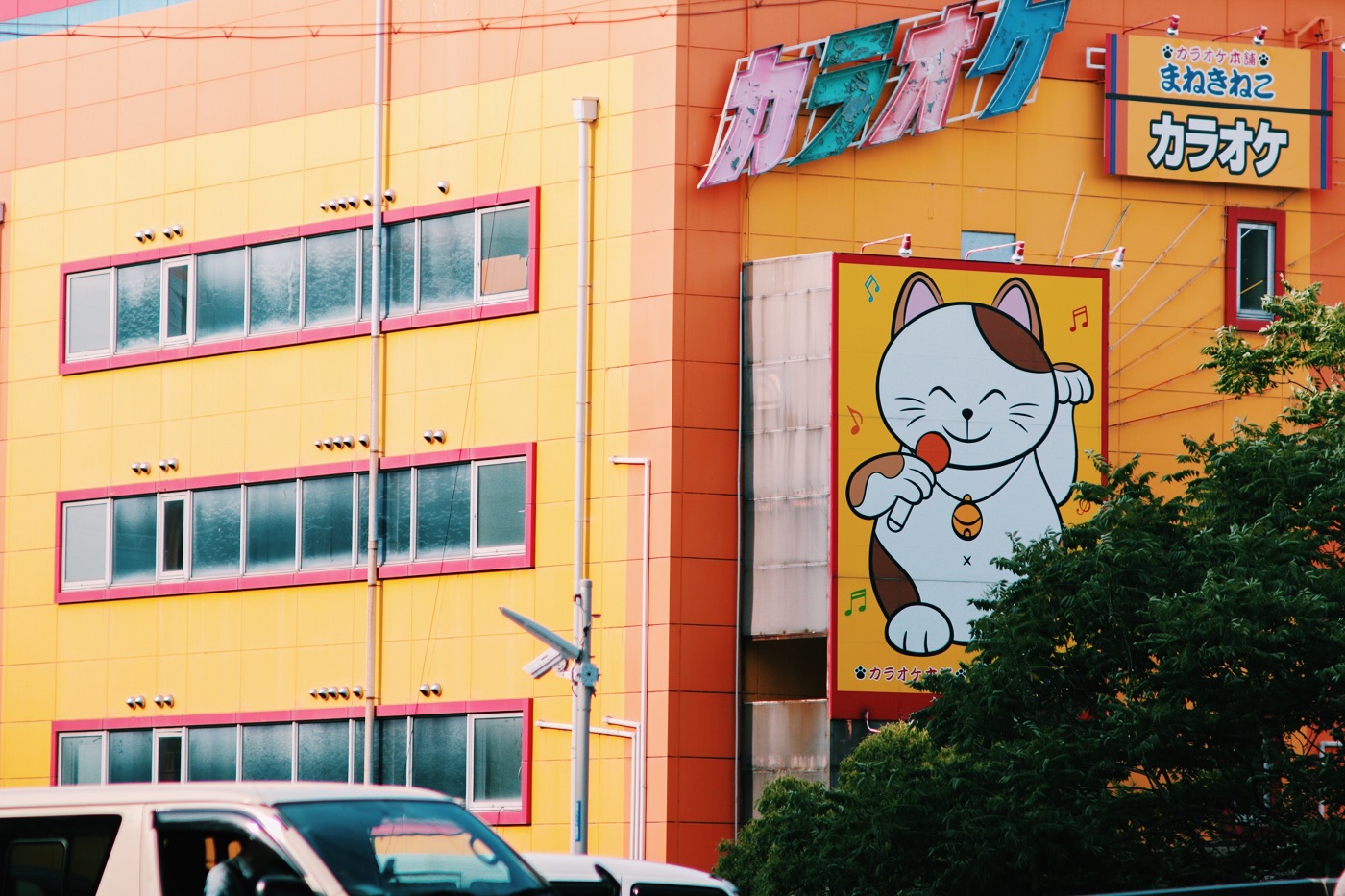 Where to stay? Guest House Wasabi Nagoya  is super new age. You have your own pod, with a computer and  TV inside!

Christian is a filmmaker from London with a huge passion for travel, fashion and all things creative.  With a background in design, he studied and graduated with a Graphic Design degree and is currently freelancing in the art of Videography and Motion Graphics in between travelling the world! Check out his website and can follow him on Instagram here. 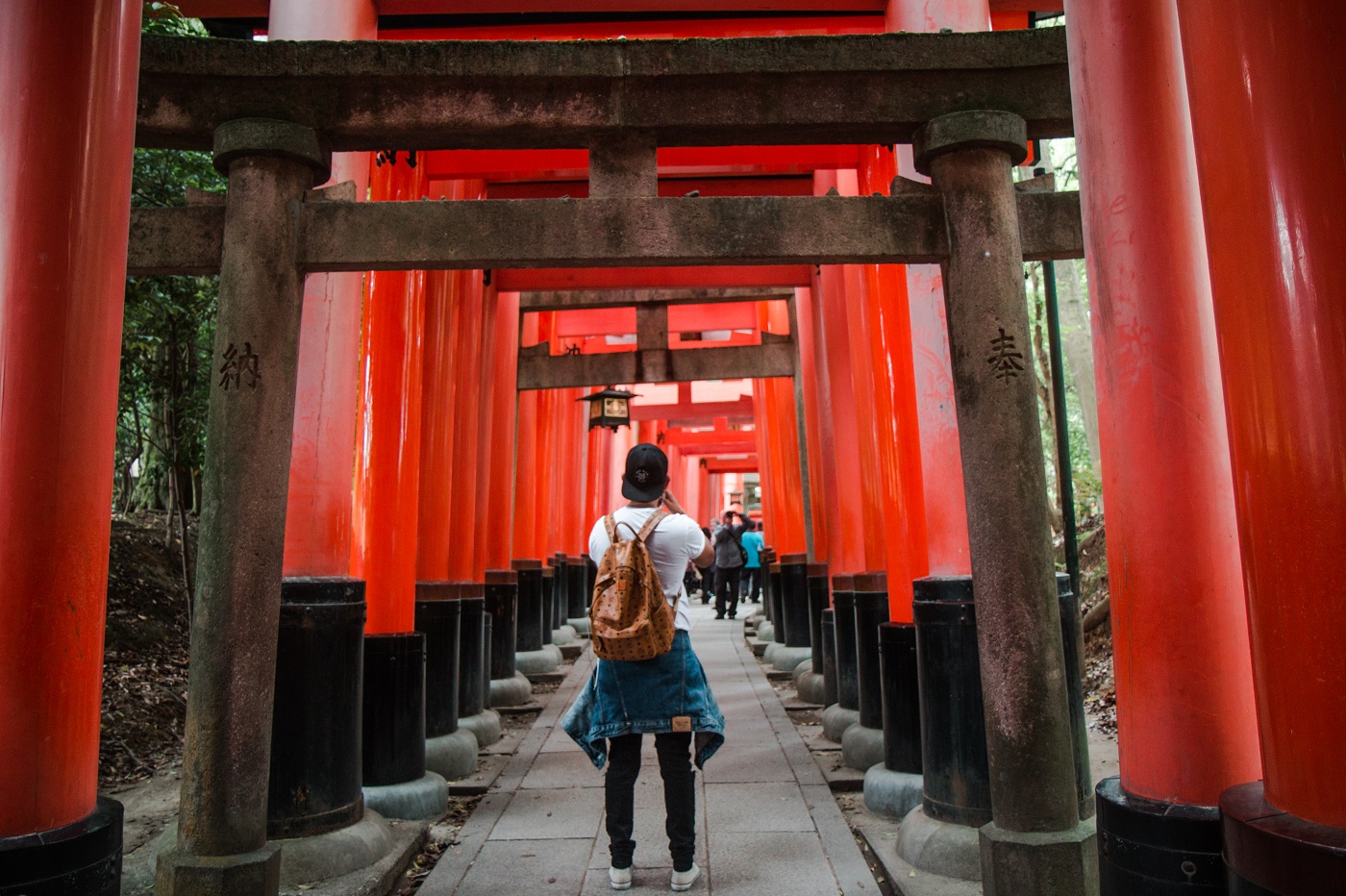 One Response to “Lights, sushi, action! How to visit Japan in 10 days”

The ultimate guide to hiking in Patagonia

10 reasons to take a gap year and travel the world

History, pizza and star-crossed lovers: the 15 best things to do in Verona

Roman ruins and roaming beaches: 14 dreamy things to do in Pula